This year I grew 73 pounds of tomatoes! Crazy I know!
While I love tomatoes on my sandwiches and salads,
We just couldn't keep up eating them fresh.
So I knew I had to preserve them in some way.

For me, just canning them wasn't appealing. I'm not sure how I would use them.
So I went with sauce, and put it in the freezer. 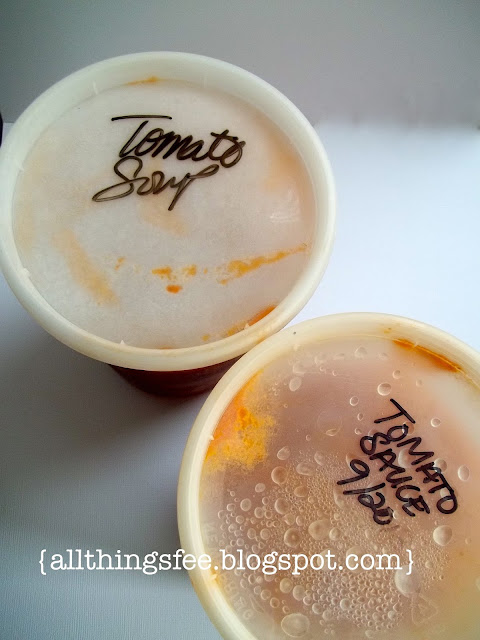 But then I was talking to a friend who makes tomato soup, and it hit me!
Make some tomato soup too!

Curiosity hit me too!
Soup is defined as a liquid dish made by boiling meat, fish or vegetables in stock or water.
Sauce is defined as a thick liquid served with food, usually a savory dish, to add moistness or flavor.

To make my sauce, I would cut up my tomatoes ( just to get the core out, and maybe in half) and throw them in a big pot with lots of basil, garlic and some olive oil. And cook them down for a while, and then use my immersion blender to puree it.

Her recipe says to roast the tomatoes, onions and garlic, but since I had already started my sauce, I just added the only ingredient that was different. Broth.

How simple is that? One ingredient, and it thins it out to soup!
I added about 4 cups chicken broth to my batch, but may add some more next time.
So now, my freezer is full of sauce and soup! Ready for the cooler temps!

Email ThisBlogThis!Share to TwitterShare to FacebookShare to Pinterest
Labels: Preserves