A couple weeks ago, I shared on facebook that I was getting my sewing groove back.
These were a quick sew for the most part, and we've been enjoying the porch so much that I forgot to share how they came out!


When we bought out house, my mother gave me my Nana's glider and chair set. It was white, but because our house is white with black shutters, I painted it black. The cushions were so bad, that I had to make new ones. Being a college student, only working part time I did my best, and they were awful. I did red seat cushions with a black, red and orange fun pillow. But the fabric was cheap, it ripped, and faded terrible. Plus there were some outdoor cats in the neighborhood at the time that enjoyed it more than we did.  So this year I finally threw those out and made new cushions and pillows.
Best decision ever. 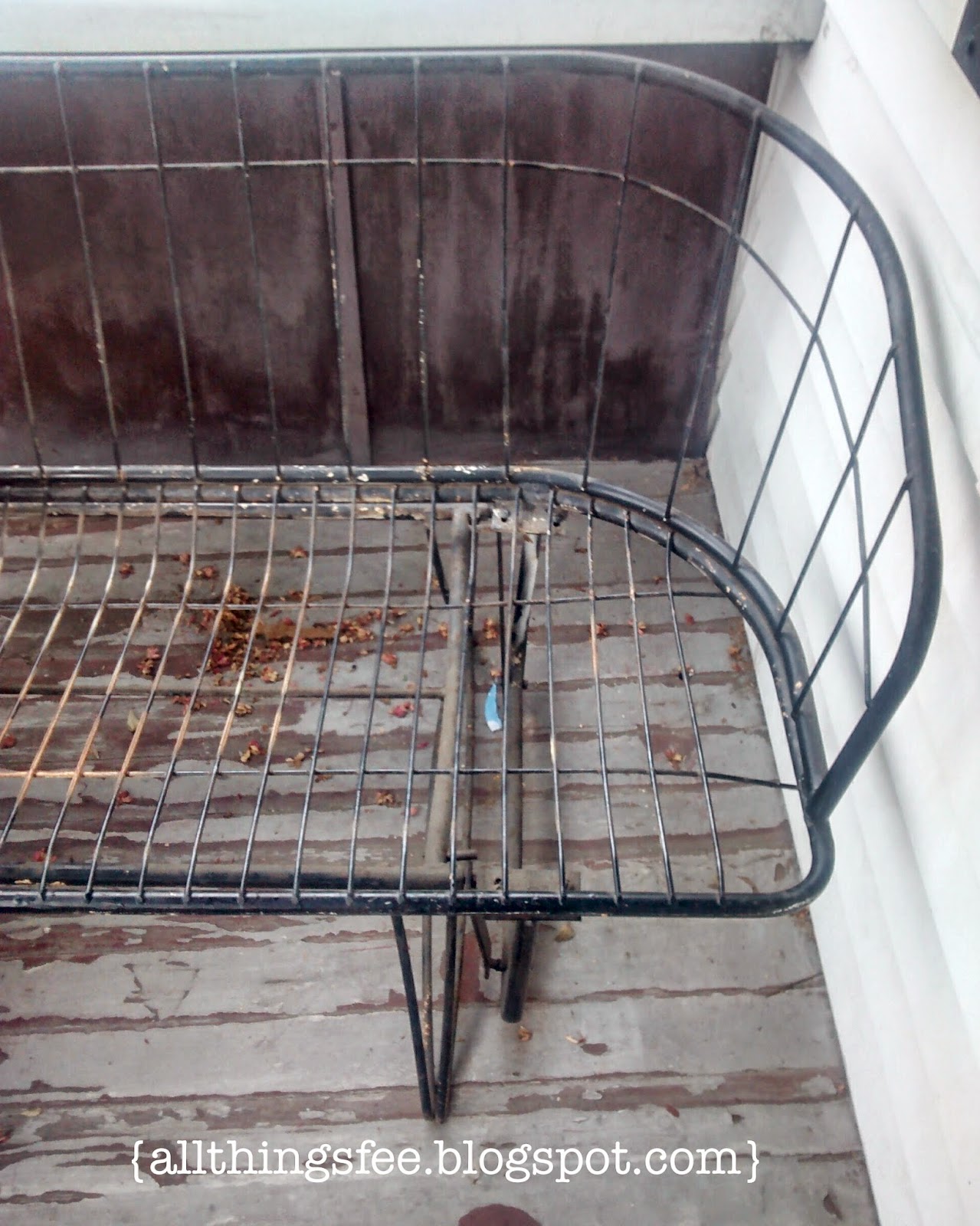 This is what I had to work with! Just a plain frame!

Over the winter my mom got rid of a sectional couch and we saved some of the cushions for this project, so that cut the cost way down! Have you ever bought foam cushions before?
Holy Expensive.

Now, because I didn't have to factor in the cost of the cushions, I could spend a little more on fabric.
So off to Joann Fabrics I went, and sure enough I hit the jackpot! I found upholstery fabric marked down, plus the red tag fabrics with 50% off!  So the green worked out to be $4 a yard, and the black patterned was $9! 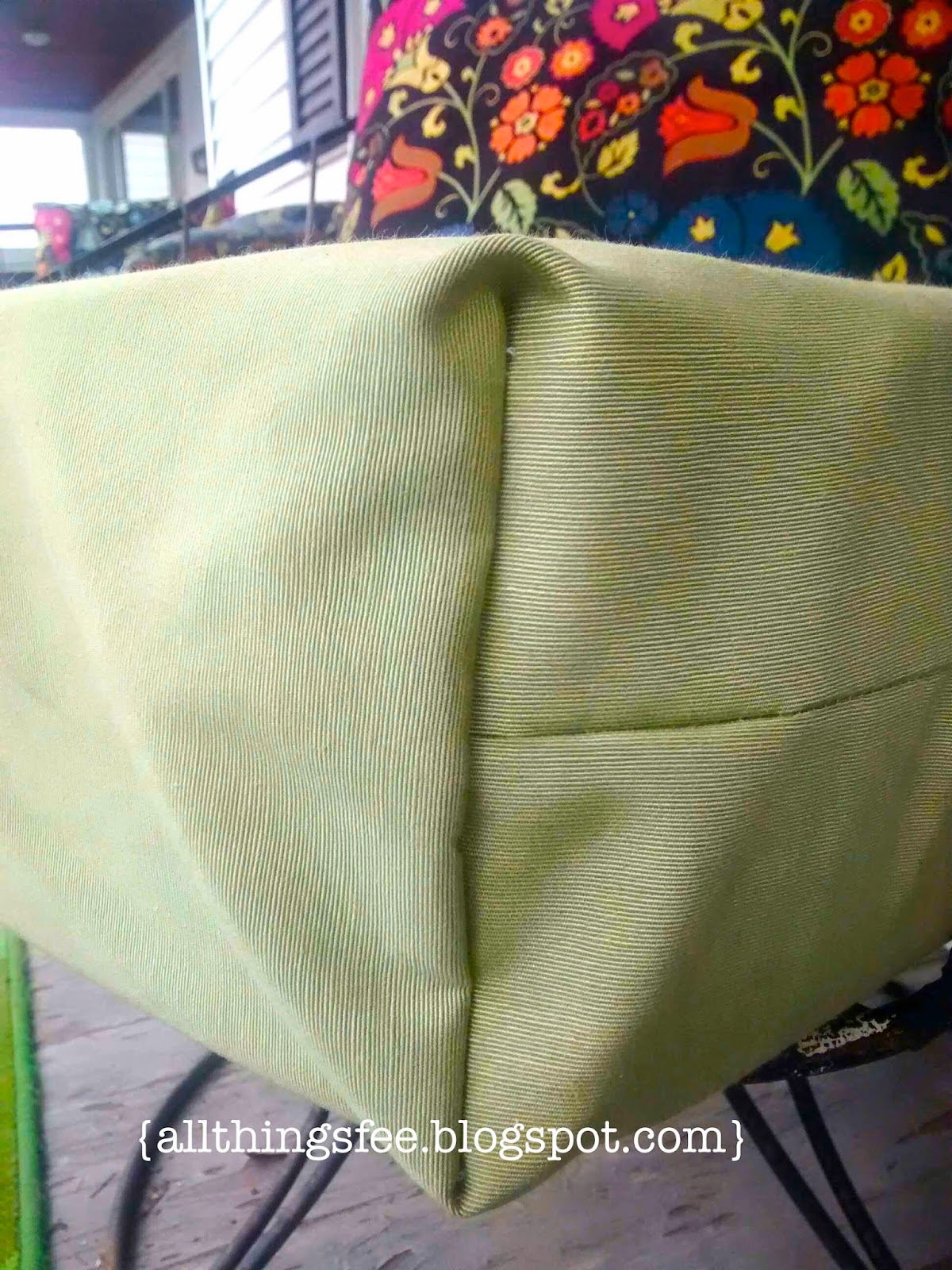 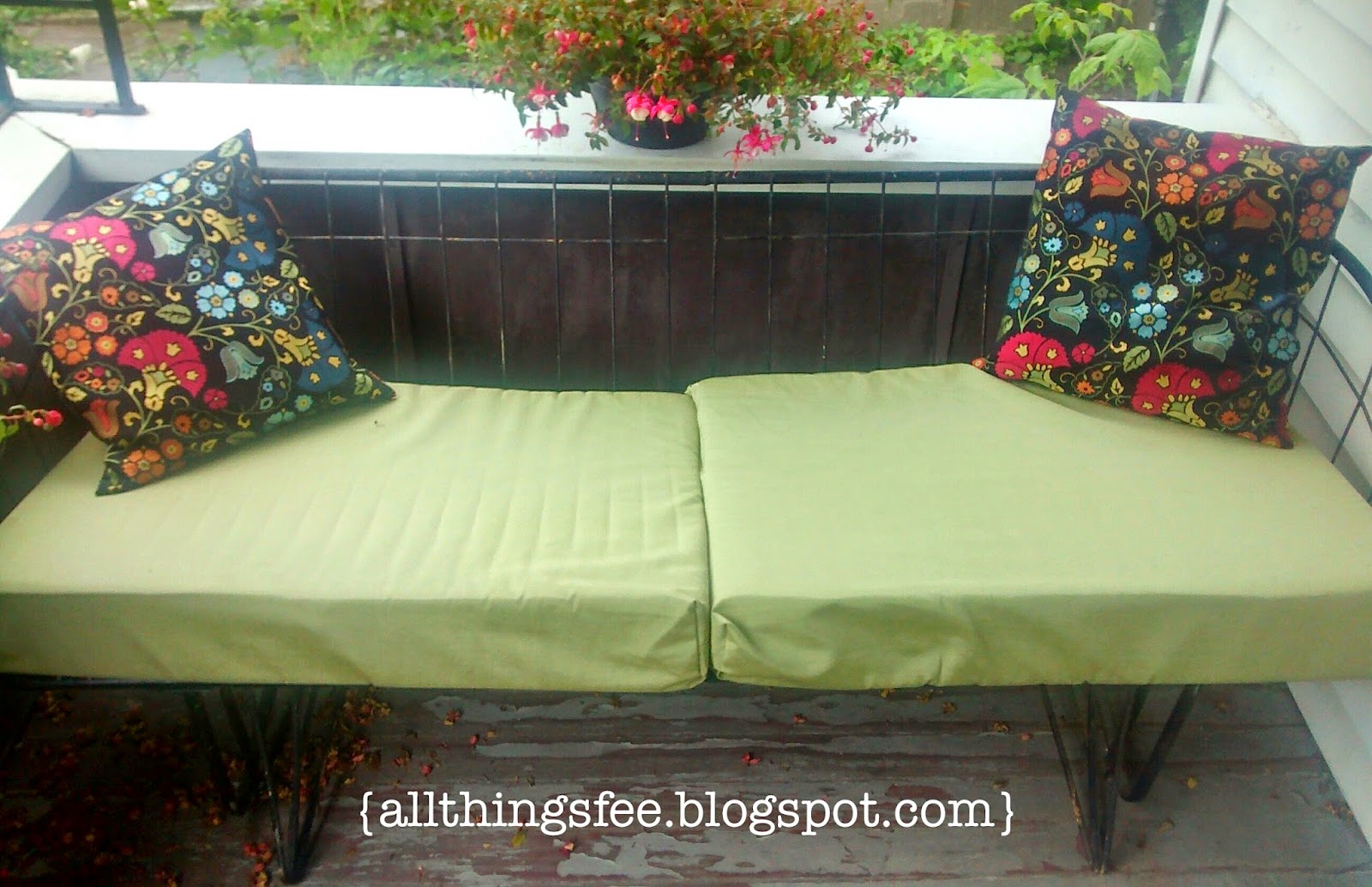 We lived with just the green cushions for a couple weeks, because I was scared to cut into the black patterned fabric! But then we had company coming, so I just did it! I could four envelope style pillows sewed in an afternoon. It used a ton of fabric, but now if I want more pillows I add more colors from the pattern. 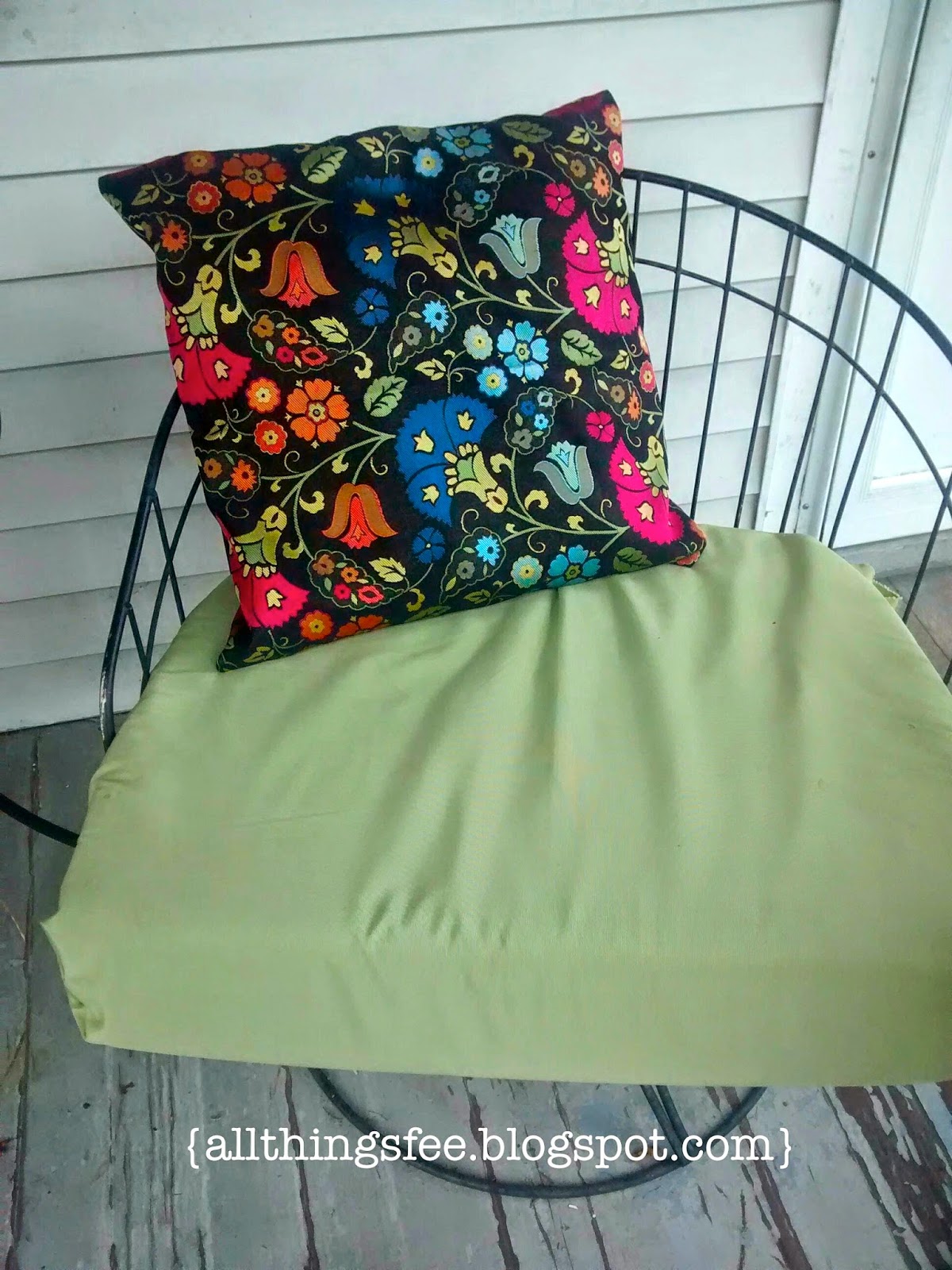 I'm so glad I redid this set! We sit out on the porch now for lunch almost daily! Weekend coffee has happened out there too! The kids love going out when my husband is due home from work to see who can spot his car first!
Who knew, a simple sewing project has added some square footage so to speak to our house!

Email ThisBlogThis!Share to TwitterShare to FacebookShare to Pinterest
Labels: Sews