At the last knit night I attended, our hostess' daughter Grace was finger knitting. The next day that's all I could think about! So, with the help of youtube I learned how to Finger Knit. How addictive!

If you do not know how to traditionally knit, and want to "fake" it. Learn to Finger knit.
I think your limited as to what you can make. But still satisfying and quick!

So after I learned how to finger knit, I went ahead and knit a long "scarf" it was big enough to wrap comfortably around my next about 4 times. 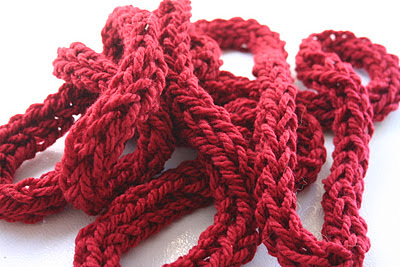 But, instead of just wrapping about four times, I wanted sew the ends to for a cowl. 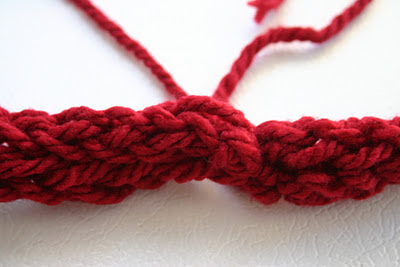 Doing so, created a giant circle. Then I took the center of the circle and brought it up to my tied off section ( the end). 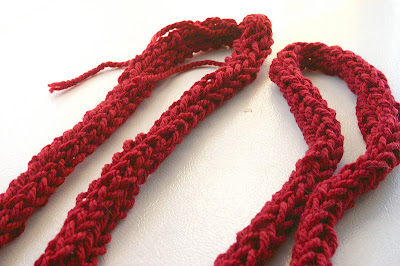 Twist them a couple times. 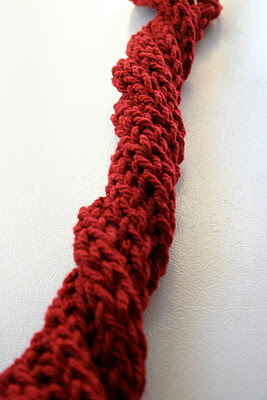 Use your tails to tie it all together, Weave in your ends and wear! 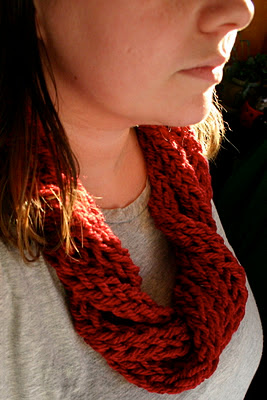