What's a pirate, without a Parrot?

Once I decided Carter would be a pirate, I decided Wyatt was the perfect size to be his Parrot.

Again this was a super simple, and fast costume!

After I dyed my onesie red ( couldn't find one for the life of me) I got to work. First I started with the wings. And I have a confession to make. I love fleece for Halloween costumes. I used brown for Carter's monkey last year and its great, you don't have to hem and they are nice and warm for a NY Halloween! 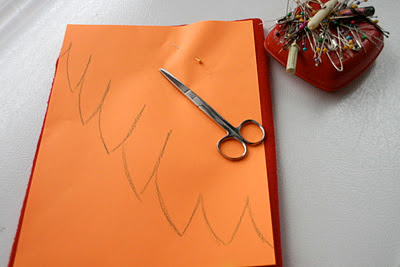 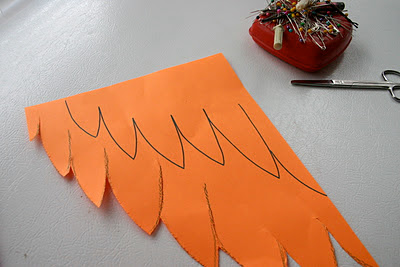 Then I decided I wanted a second red layer, so I added that. 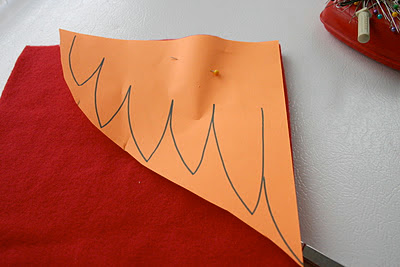 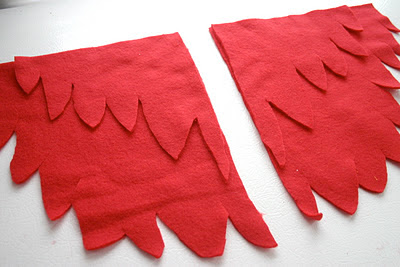 Once I had them laid out I added the yellow and blue ( I just cut them freely).

To attach them, I attached each wing to the shoulder and the wrist leaving the rest free. This helped get him in and out of the carseat!

I could have stopped here, but it seemed that after the first stop I needed to alter his costume a bit. 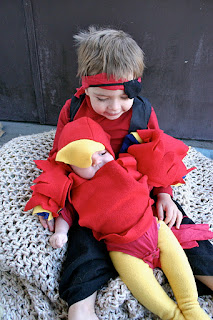 I noticed that he spit up and the onesie looked awful and we had a ton of stops left, so I ran home and made him a two sided bib. Essentially a large oval with a head whole cut out. I put it over his head and then carefully hot glued the edges together ( You could sew these, I just didn't have time to lug my machine out) 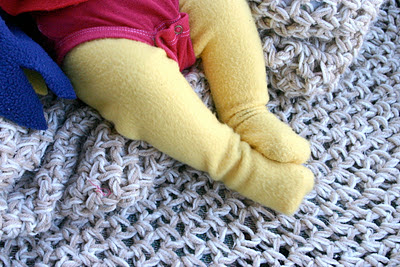 Finally, my favorite part! The leggings! I originally bought a pair of orange pants but then decided it was going to be too cold to worry about socks falling off, so I stopped by Made by Rae and printed out her legging pattern. I used fleece and no elastic waist and it worked like a charm. For everyday use? Probably not, I would have needed the elastic. 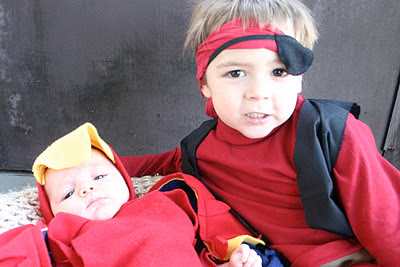