Happy Birthday Carter!
I cannot believe he is THREE already!

The first thing I made after he decided on a Toy Story theme was this banner.
The pennants are Woody's flannel shirt, his cowprint vest, and Andy's Sky wallpaper!
(Available in the shop, Cowprint and Woody's Flannel!)

One of the last things I did was add some streamers to the staircase!
(I decorated after he went to bed the night before so it was a surprise on his birthday!)
(As you can tell he loved it!)

But it was the first thing he saw after getting up! 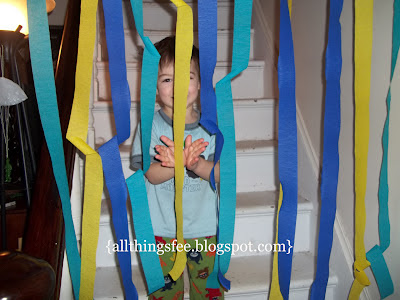 Some other decorations were the "Ready To Play" banner my mom picked up for me.
I love that its plastic, and doesn't say Happy Birthday! So now it will be going into the playroom!

Love when I find great freebies online!
Pin the tail on bullseye! 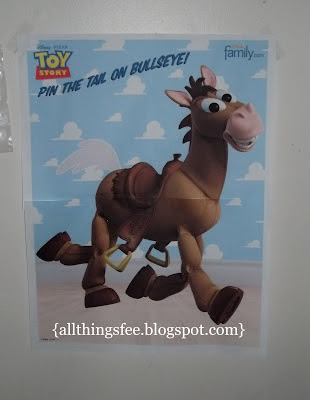 Of course the army men were staked out in all my plants!
They were telling all of Carter's toys what he was getting for gifts!
I made several Army men garlands! Picked up a pack of men in the $1 store and hot glued them to some kitchen twine! 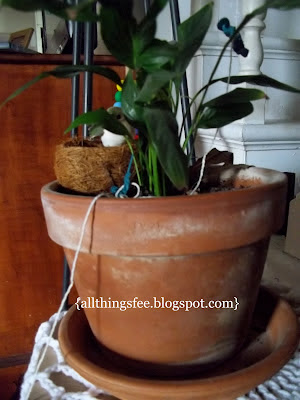 The paratroopers also made an appearance too! 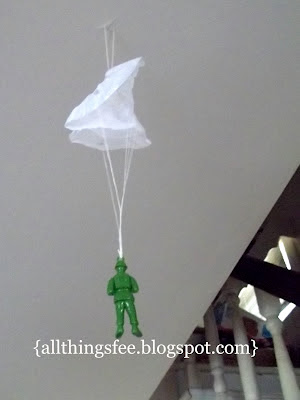 My biggest accomplishment for the party!
The "moving box" pull string pinata!
(Tutorial here! So simple! And no guilt throwing it out, because it cost NOTHING to make!) 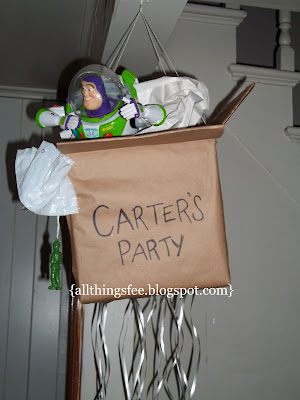 Any and all Toy Story themed toys made an appearance somewhere amongst the party decor! 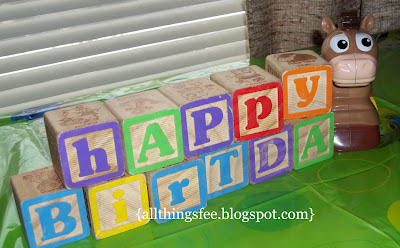 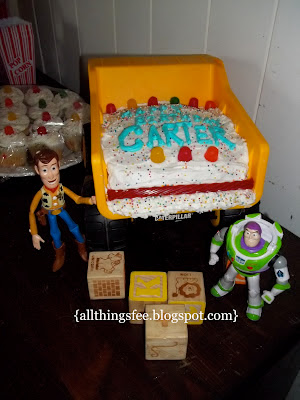 We snacked on traditional party fare, and my oh so yummy cake batter dip! 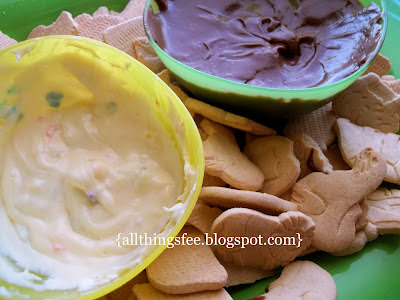 I'll be sharing some of the details in their own post later this week!